You have permission to edit this article.
Edit
Home
About
Issues
Culture & Identity
Art
Lifestyle
Community
Share This
1 of 2 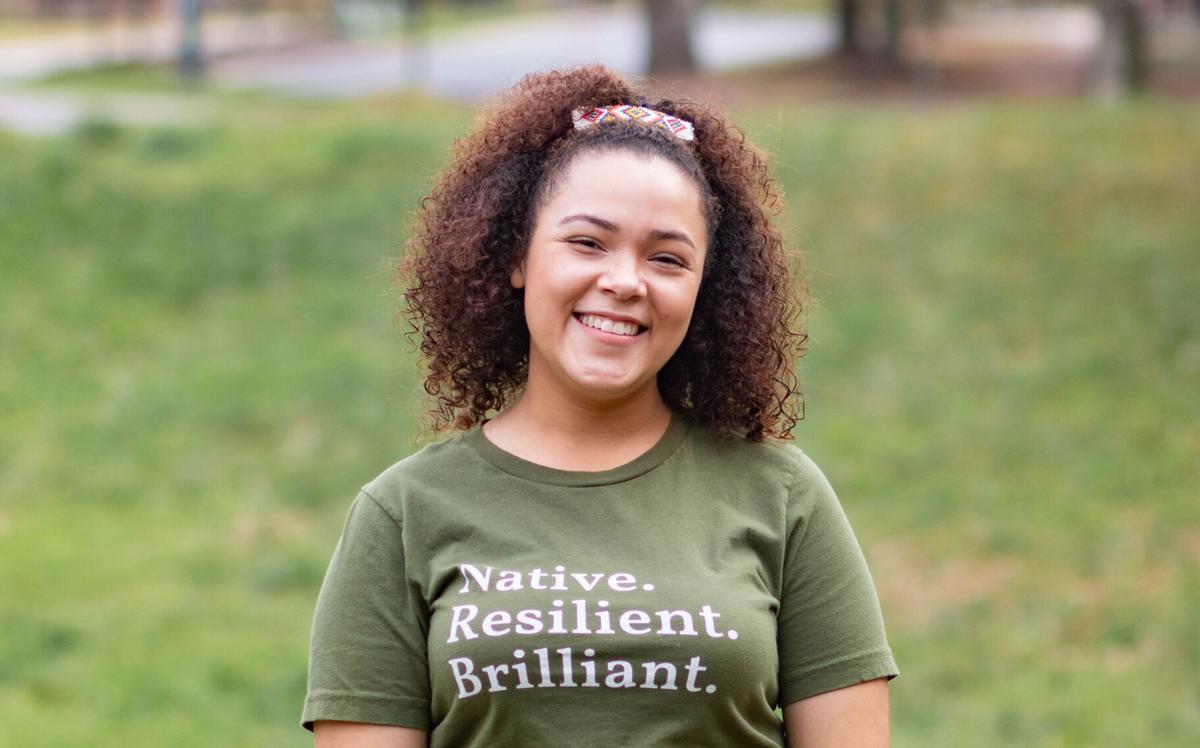 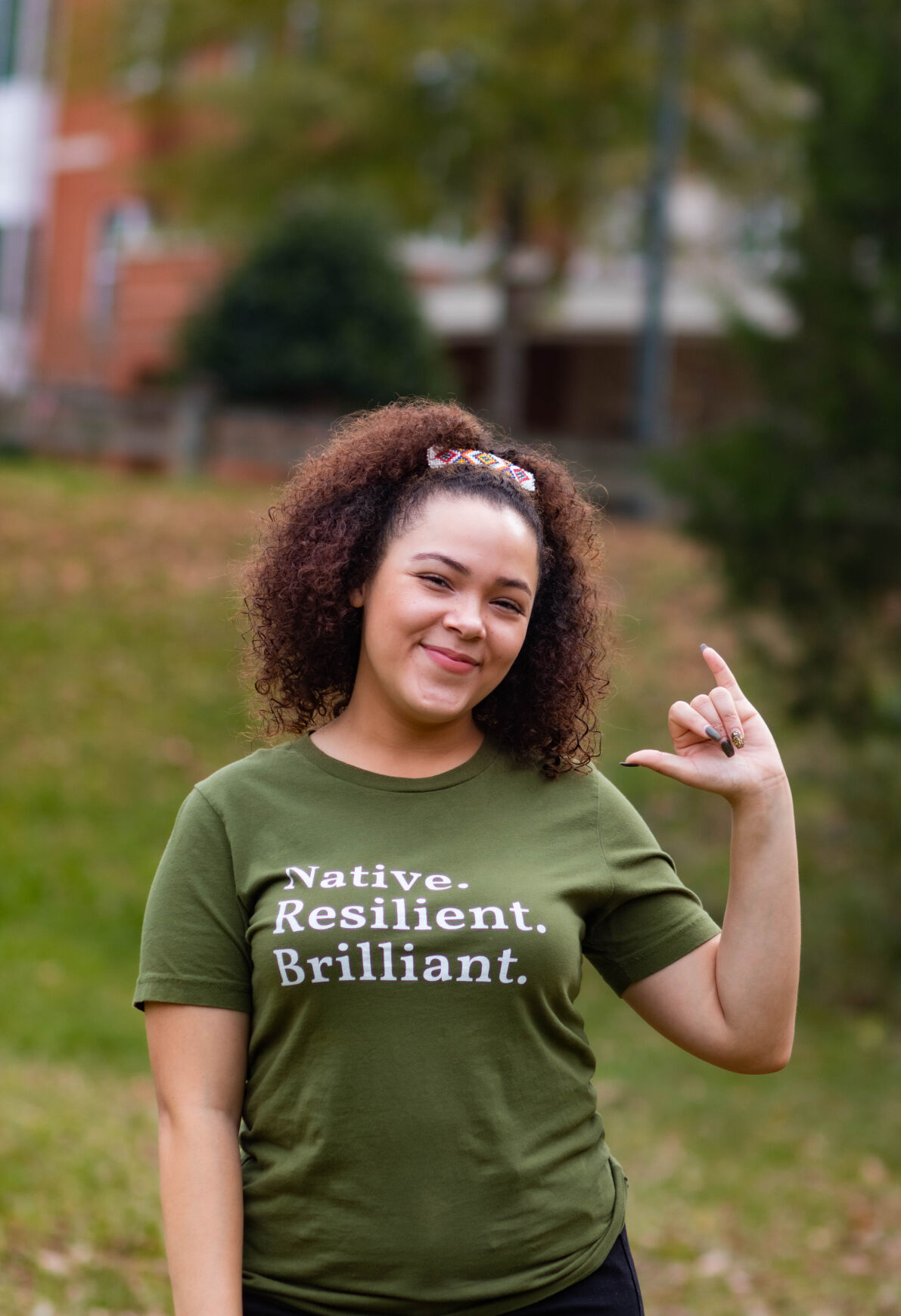 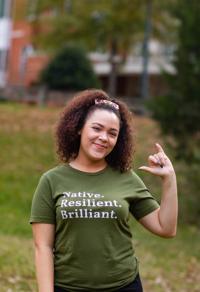 During this month, I sat down and had a conversation with Page Freeman, a sophomore political science major and American studies minor, but, moreover, a UNCC student who is a proud Lumbee native. Freeman is from Robeson County, North Carolina, the home to the largest tribe east of the Mississippi River: the Lumbee tribe. The Lumbee are a diverse Indigenous community that have been fighting for the federal recognition of being an official native tribe under the United States government.

President-elect Joe Biden, in a recent statement, gave his endorsement of the Lumbee Recognition Act that has sought federal support for decades. Soon after, President Trump gave his endorsement of the act as well. When asked how she felt about this news, Freeman answered,  “I personally think it was like a ploy to get Native votes, but a lot of people in my tribe were very excited by the news. Biden also endorsed our federal recognition, so I’m just kind of on the fence because my community is very poverty-stricken; half the population is below the poverty line, so those funds from the government would help us, but we also have a very high drug and crime rates and I feel like some of those funds might cause those rates to spike. But I feel like overall if we were given federal recognition, it would help us in the long run.”

The amount of passion that Freeman has is clearly visible when speaking about her community, “If I wasn’t Native American, I feel that I would be a totally different person. There are just a lot of things that I’ve been through because of my ethnicity that has made me who I am, so I love where I’m from and my people there.” As I asked her about choosing a tradition that stands out most to her, her face lit up as she spoke about the annual Lumbee Homecoming: “ It’s a really fun time to pass down traditions from generation to generation.” The 52nd annual homecoming was this year; even though it was cancelled due to COVID-19, Freeman expressed her excitement for next summer. Her excitement continued as she expressed ways that UNCC could create celebrations just as the Lumbee homecoming does. Freeman suggested UNCC could have pow-wows, fun celebrations that contain dancing, singing, socialization and an overall honoring of Indigenous culture. When speaking with an ecstatic smile, she explained not only her ambition to have pow-wows on campus, but also how positive she felt about having one: “Having a pow wow is the best way to share my culture and try to explain what each dance represents and what the regalías/traditional wear represents. I feel like that would be amazing.”

Growing up, Freeman was surrounded by a majority of Native Americans in her elementary, middle, and high school. She mentions, “That support system was really beneficial, and it wasn’t until I started doing summer camps that I realized that Native Americans are the minority out here — and that really hit me when I came to UNCC.” The University of North Carolina at Charlotte, in their 2019 Progress Report for UNC Charlotte Plan for Campus Diversity, Access, and Inclusion, gave the statistic that there is less than 1% American Indigenous and Pacific Islanders that are undergraduate students enrolled at UNCC in 2018. Freeman mentions, “Every time I talk to my hometown friends that go to UNC and UNCP, they talk about all that they’re doing for Native American heritage month and Indigenous People’s day, and I respond with ‘We’re not doing anything’ just because we don’t have much, you know? Our university doesn’t have a NASO (Native American Student Organization) and I would like to get that started back up but it’s so difficult to do when it seems that no one else is interested in it.”

Since her time at UNCC began, Freeman has noticed that the University cares a lot about the well being of the minority students on campus. She feels that Native Americans are truly the minority among other minorities, which makes some of them feel invisible to the eye of the University. UNCC could work to create this environment by acknowledging the voices of the Indigenous students and working alongside them to raise awareness of the existence of their people. Freeman expresses that she has personally had some interesting encounters with students on campus. She brings up an incidence of one of her first days at UNCC:

“This was last year, first day of classes, and we were going around with introductions and icebreakers, so I didn’t realize what I was going to say was going to cause something like this to happen, but when it got to me I introduced myself and I said, “I’m Native American” and the class kind of went silent. This girl beside me looked me dead in the face and she said, “Oh my goodness, I thought we killed you all,” and I had no clue what to say. Me and the professor just looked at each other and I looked around but no one said anything, and then we just moved on to the next student. To this day, it just boils my blood because I had no clue that me just sharing that fact would cause someone to say something like that in turn. And then I also got the questions like, “Do you still live in teepees? Do you live on reservations? Do you live next to a casino?” It feels like a daunting task to tell people I’m Native American, because then they kind of expect me to know all of this information that I don’t necessarily know. So I feel like I have to keep it to myself so they won’t expect me to be like this ‘knowledge god’ of all Native American history, ways, all sorts of traditions — because I’m not perfect, I don’t know all of that.”

With the current uprising for racial equality within our country, Freeman suggests that UNCC can work to ensure that Native American students are given the opportunity to tell their stories — such as Freeman is doing now — and to raise awareness about issues that Natives live through daily, like the Murdered and Missing Indigenous Women and Girls (MMIWG) movement. She states, “The most effective thing that the University could do to help make Native American issues a focal point would be to allow a substantial platform where Native Americans can be featured in ways that will illuminate our culture.” When asked what Freeman wants students to know, she says, “Bemindful of the fact that there are Native students here. I see sorority girls dress up as Natives, or the hot Native princesses, and I’m not a person to get offended by it, but it kind of hurts to see someone portray my culture as a sex item. Native Americans are here and we want to be heard, we want our culture to be celebrated as much as other cultures and minorities that are celebrated nowadays.”

Freeman’s studies in political science will only further ignite her ambition and passion about her own community as she spreads that passion in creating change and awareness. She explains that as she grew up, she was hard-headed and began her love for politics. However, Freeman believes that as she matured more, she began to see the issues that face her own local community. In her own words, she says, “I started to notice that I didn’t see lots of Native American women representing me, and considering North Carolina has a pretty big population of Native Americans and we’ve never had a Native American senator before, I would really love to not only be a voice for Native Americans on a local level, but on a state and federal level.” There is no doubt that Page Freeman will be a brilliant politician; she is wonderfully outspoken, driven, and dedicated to the Indigenous community. I truly look forward to seeing her thrive and bloom.

Welcome to the discussion.

Keep it Clean. Please avoid obscene, vulgar, lewd, racist or sexually-oriented language.
PLEASE TURN OFF YOUR CAPS LOCK.
Don't Threaten. Threats of harming another person will not be tolerated.
Be Truthful. Don't knowingly lie about anyone or anything.
Be Nice. No racism, sexism or any sort of -ism that is degrading to another person.
Be Proactive. Use the 'Report' link on each comment to let us know of abusive posts.
Share with Us. We'd love to hear eyewitness accounts, the history behind an article.