You have permission to edit this article.
Edit
Home
About
Issues
Culture & Identity
Art
Lifestyle
Community
Share This
1 of 7 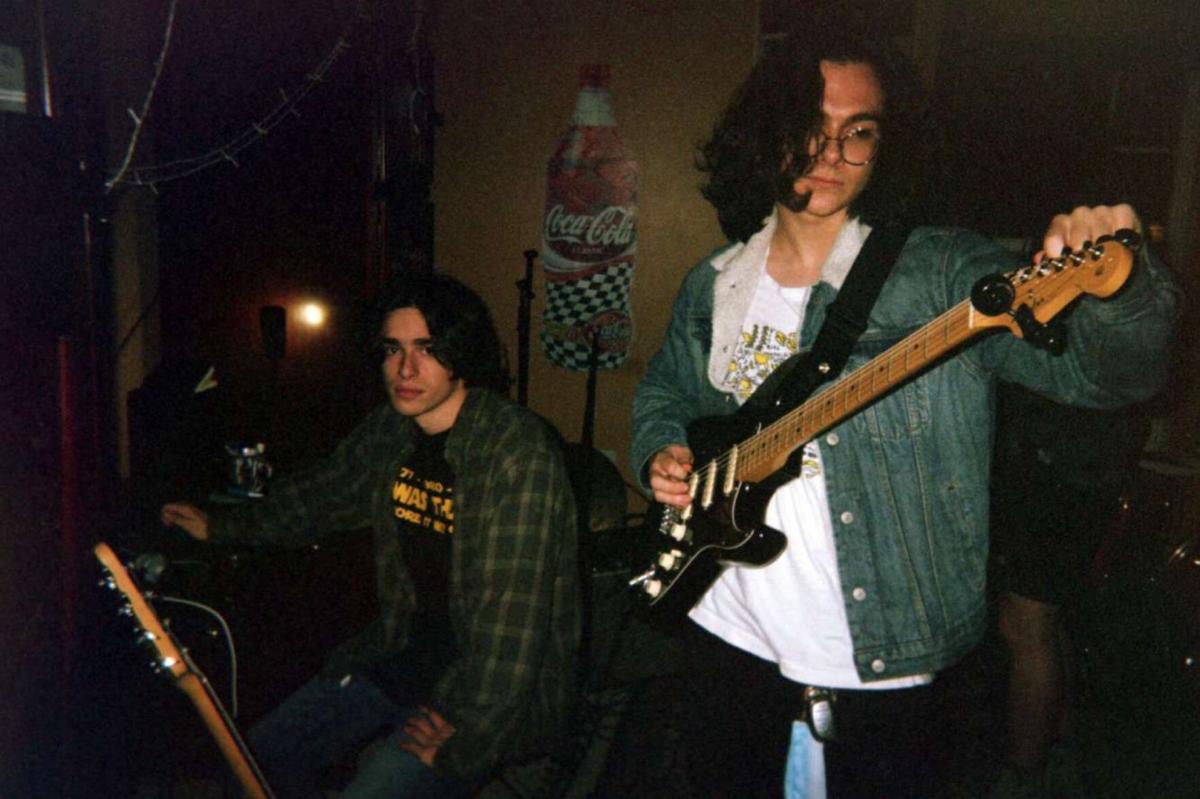 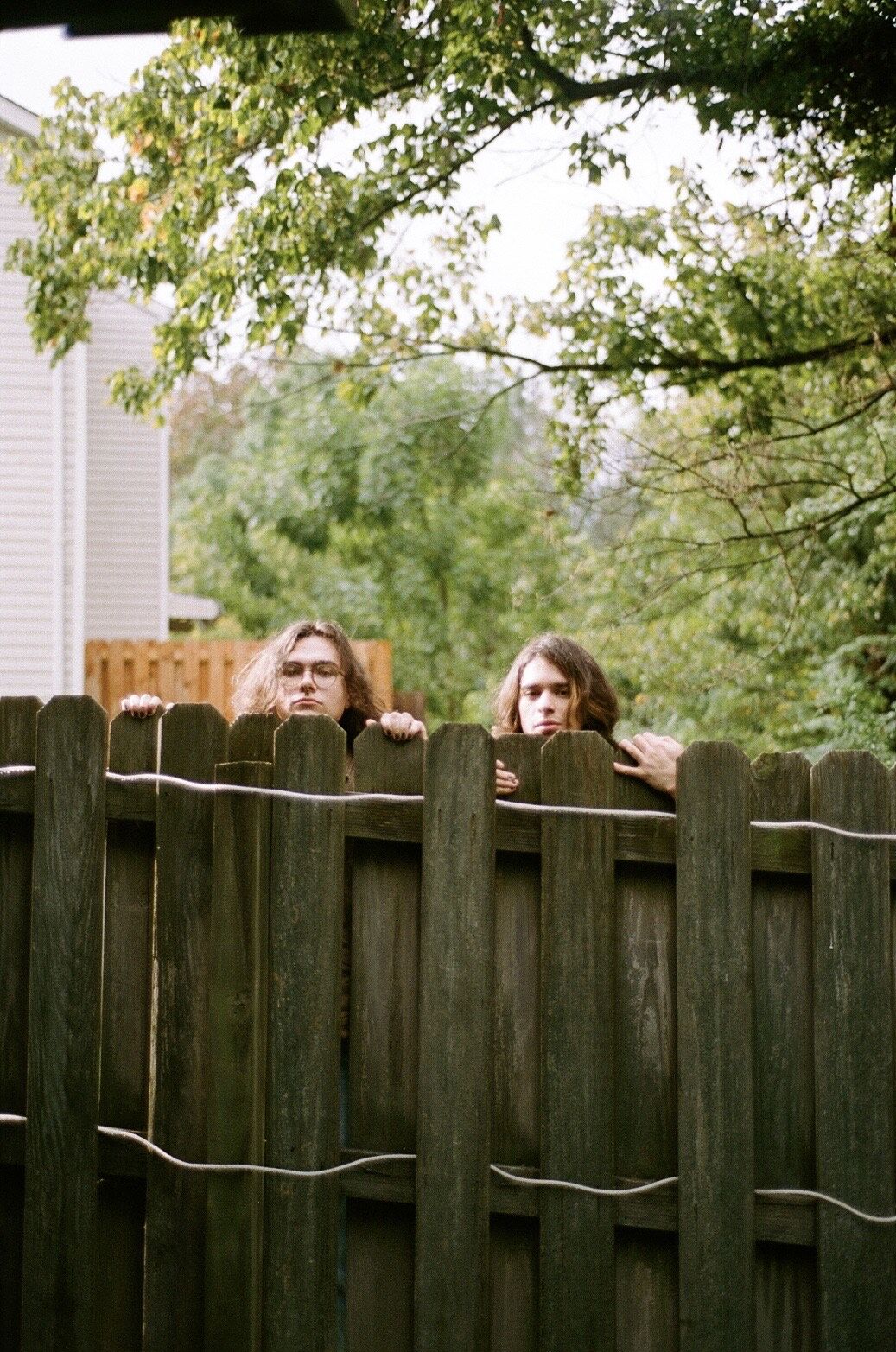 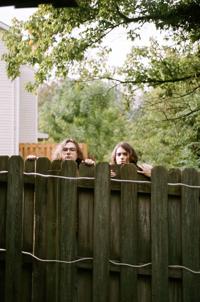 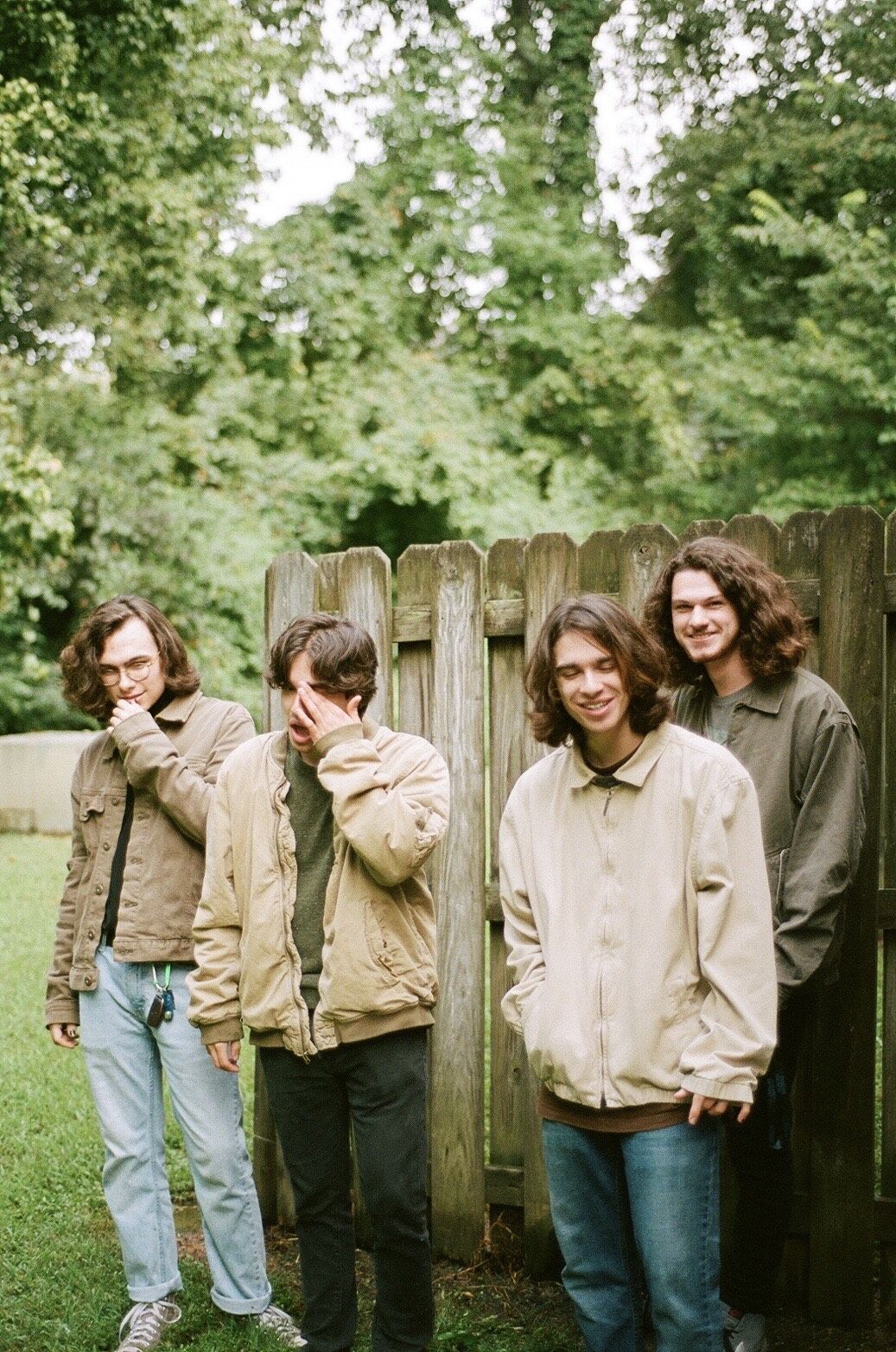 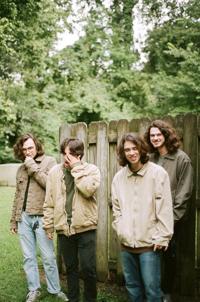 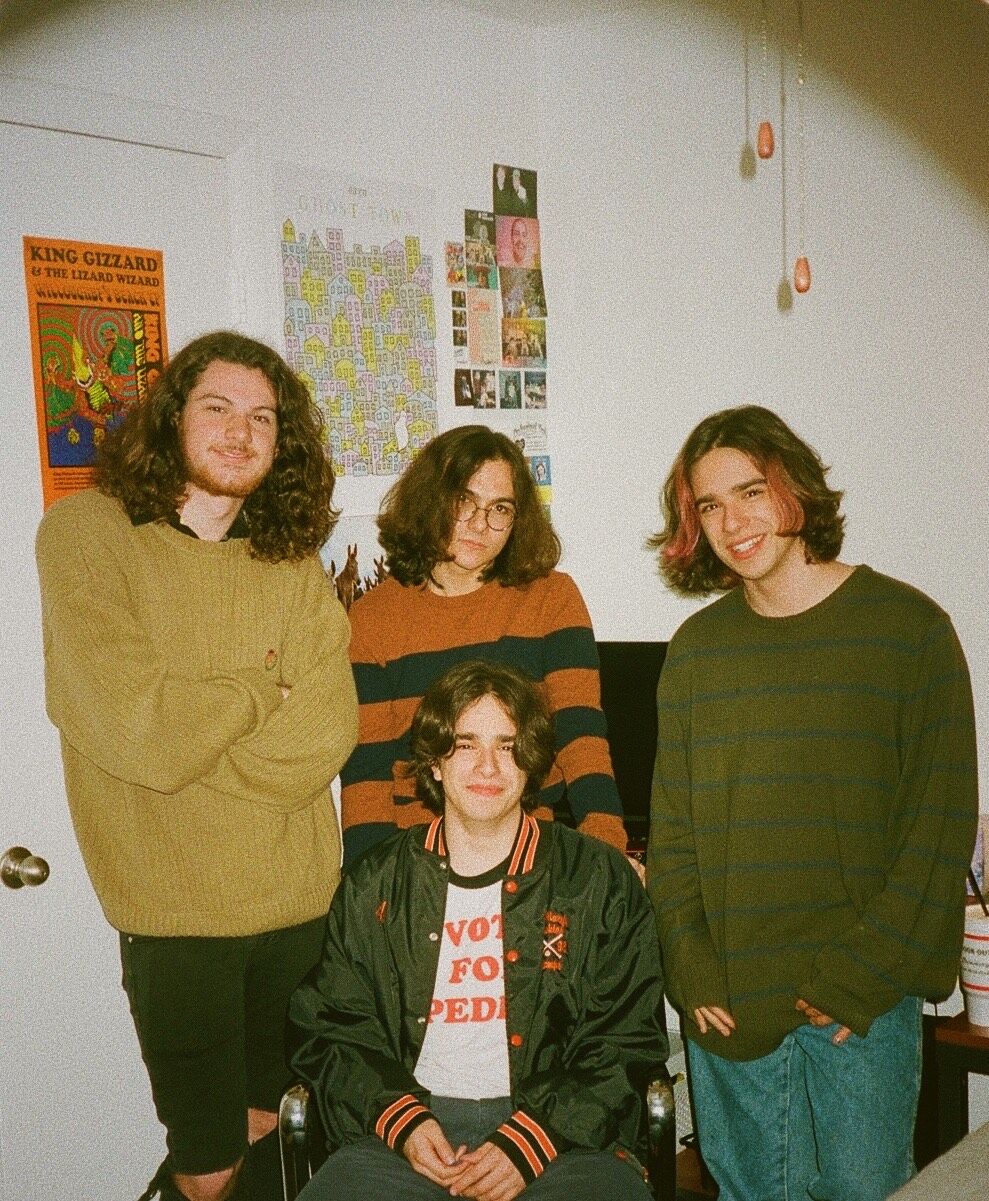 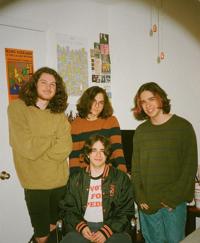 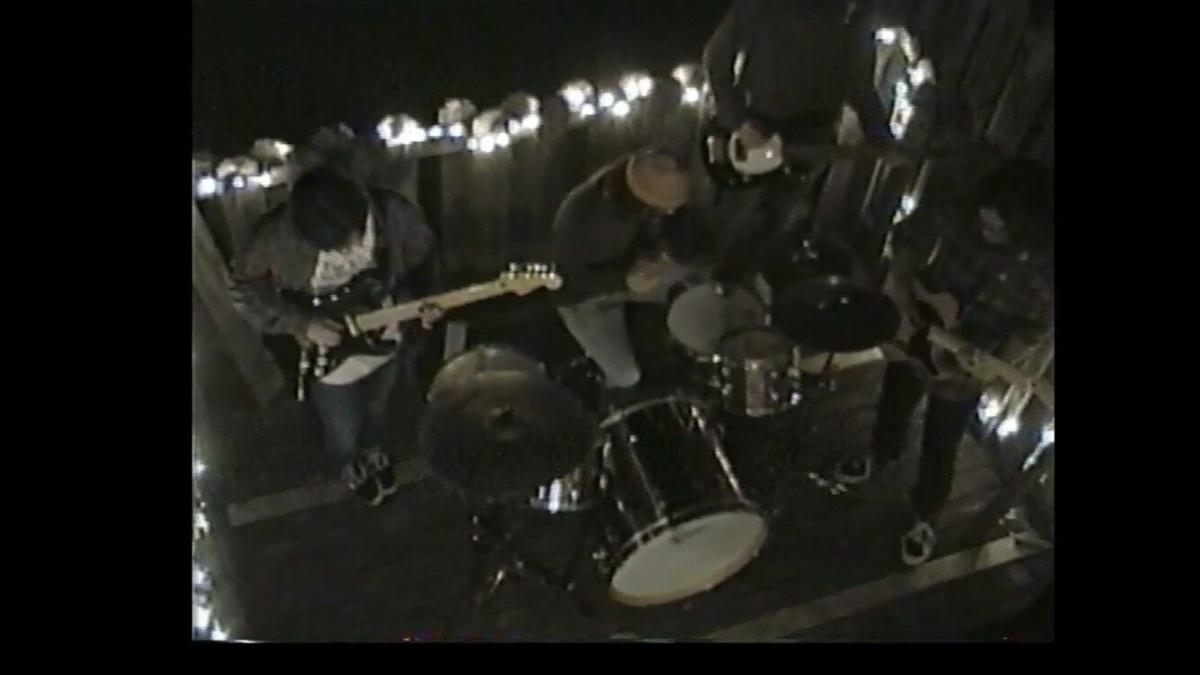 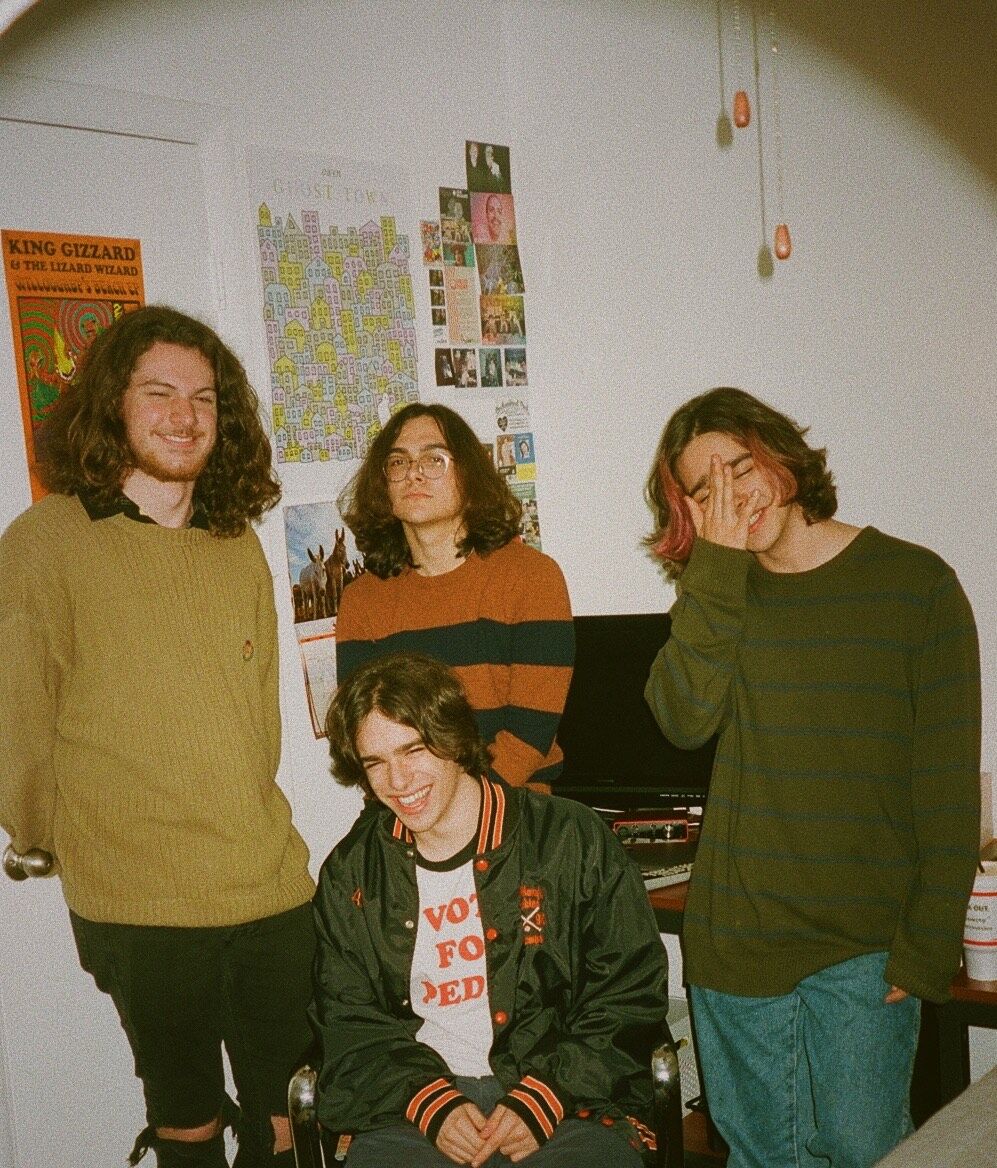 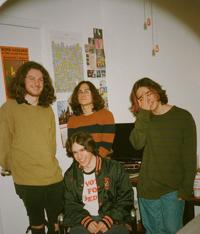 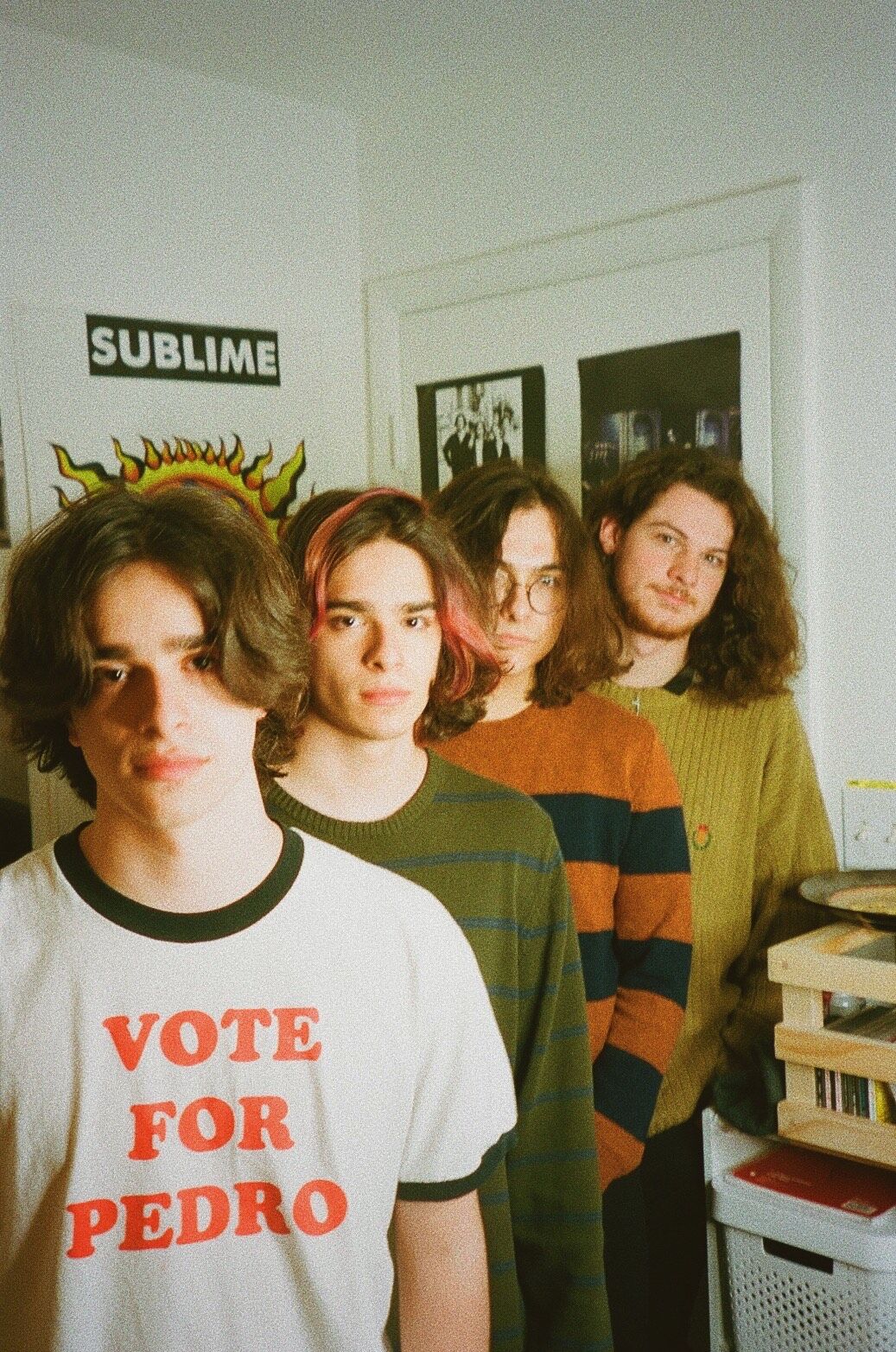 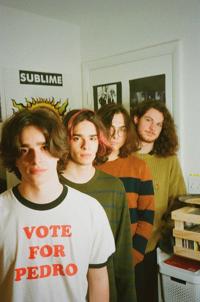 “Woah” started with an inside joke between two brothers and their close friend along with surviving dreams of pursuing music-making as a career. One photographer slash guitarist later and the ensemble is undoubtedly contributing to the dopamine-releasing genre of music some would call “dream-pop.” Micheal or ‘Mikey’ Gomez (vocalist/rhythm guitarist/songwriter), Ruben Gomez (vocalist/songwriter/drummer), Zac Tice (bassist), and Jack Martin (lead guitarist): These four talented instrumentalists make up “Woah.” The group can be found here in the Charlotte area. Their lead guitarist, Jack, is a student here at UNC Charlotte. The Gomez brothers attend CPCC, and Zac will be graduating from high school soon.

The prodigious indie-pop band has recently caught momentum through TikTok and also by word of mouth. Their delicate vocals and unconventional sound is bound to captivate established alternative fans and pique the interest of those who have never explored independent music before. On the other side of a Saturday night Zoom interview with three-fourths of the band was the backstory behind the euphoric and traveling vibe that these guys create. This came with an indirect yet valuable reminder that a blithe attitude towards life isn’t a crime.

Where did making music begin for you guys? Can you tell me a little bit about how you guys met and got started?

Mikey: That’s always been a dream of ours to make music when we were younger, but we just never had any equipment or anything. We started making music in high school, and when we first started out, it was horrible—it was really, really bad—but then eventually, you live and learn and get better…

Ruben: Me and him [Mikey] were born together. We're kind of stuck with each other.

Mikey: We formed this band with Ruben and Zach and me in, like, 2017. And it wasn't until last year that we added Jack.

Jack: I was at a Woah show and I knew of them and some mutuals. We took pictures of them and that's how I got to them. Yeah. And then over summer, out of nowhere, Mike asked me if I wanted to join. I was like, ‘Okay.’

How did you guys come up with your band name and why did you choose it?

Mikey: Oh, my God. Um, well, at first, it started as a joke. It was just an inside joke between me, Zach, and Ruben. We thought we were gonna change the name but when we suggested that, we got, like, a bunch of backlashes. People were like, ‘No, we love the name. Don't change it.’ So it just stuck.

Ruben: The name has no meaning.

Mikey: It has no meaning. It’s just a joke that stuck, guys. And we— yeah, we’ve just been riding all the way.

What has been your favorite venue or gig you performed at? Could you tell me more about how each of you felt playing in front of a large group of people?

Mikey: Um, so, unfortunately, we haven't actually played a show with Jack. But we haven't played a show in a whole year. The last show we played was in January of this year, basically our favorite gig that we ever did. We do a lot of house shows and those are pretty cool. Our favorite one was, like, we did this one in December in our garage and there were like 100 people there. It was crazy. It was really really cool.

What genre would you consider your music? Or how would you describe your sound?

Jack: Indie pop is one of the best ways to put it—with a little bit of shoegaze. But I don't want to be a shoegaze guy. A little bit of dream-pop in there too.

What do you guys like to do outside of making music in your free time?

Mikey: Yeah, we play sports, soccer. I don't know. All of us like to go outside and stuff. We like fishing. It's mainly music, though. Yeah.

Can you guys describe the moment that you knew for sure that this is what you wanted to do?

Mikey: After our first house show, it was just, like, a lot of adrenaline and stuff. It just made me want to pursue it because it was crazy. Like after you play your first show. It's crazy.

Ruben: For me, probably just making music and people liking it.

Jack: That’s closest for me, too. I think me realizing that it's actually possible was kind of like—

Ruben: —especially when you think you suck, and then don't suck. People like our music. It's pretty cool.

Jack: I think especially even this summer of recording, just, like, self-isolation and having nothing to do for so long, I got to a point where it's, like, I just need to completely follow what makes me the happiest, and I don't think anything gives me the fulfillment as working on music does. Yeah, I think with quarantine and the virus happening it is just, like, this is what I'm alive for.

Ruben: It just usually just comes to us and when it does come to us, it's usually just like a lyric or a chord progression. And then we just play around with it on the computer, and then record it and it just becomes a song. It's never like a set-in-stone process. It's always different every time.

Mikey: Yeah, but it's just sporadic. I'll just be in my room in the middle of the night, and then something will just pop into my head and then I'll play guitar, write something in my journal. Sometimes I'll be on the computer and come up with something. There's no like formula that we have. It's just all very random, which is cool because we don’t have to force ourselves to do it.

What has been the best part of quarantine for y’all?

Ruben: I don't like leaving the house a lot so I guess that that was nice for a little bit. Cabin Fever—you want to leave, but there's really nothing to do right now.

Mikey: It [quarantine] doesn't help with creativity—at all.

Jack: What sucks is there are no new experiences.

Mikey: I miss going to the supermarket and seeing people's faces, or working and seeing my coworkers’ faces. Everybody's covered up now.

Ruben: I miss going to the movies.

Who are your favorite musical artists/influences and why?

Mikey: There's a lot, but right now it's probably The Strokes. They’re a super cool rock band… They have a lot of cool guitar songs.

Ruben: Um, I don't think I have one that inspires me like them. I think it's just like a bunch of music that I listen to. I can't really pinpoint a band but I think genres inspire me more than bands.

Jack: It's kind of weird to say but Bossa Nova… As far as like guitar leads go, yeah, Bossa Nova.

What has been the most challenging part about your experience in the music industry so far? How did you overcome it?

Mikey: Writer’s block has been a problem this year. It’s been hard to create with COVID and stuff. That's probably the biggest challenge right now, just making sure that we can get enough songs to put on an actual album, and to keep consistently releasing music.

Ruben: Writing music is, like, always a challenge. Because when you write a good song and people like it, there's more pressure for you to write an even better song or a song that matches up to it. So it's like a little bit more anxiety when you release music.

Have you received any life-changing advice that has stuck with you until this day?

Jack: There’s this one quote I like that reads, ‘It’s best to be like water because it can fit into any shape,’ and I always think about that when it comes down to making music.

Your most recent song is “It’s Not A Movie.” What was the inspiration behind that track?

Ruben: That just came to me, I don't know. The chord progression was derived from a Beach Fossils song, but I put a cable on a fifth fret, which means it changed the key of it. So it doesn't really sound like it but that chord progression just sounded nice to me.

What are you guys working on right now music-wise? What should Woah fans expect from you guys in 2021?

Mikey: Right now we're working on more songs…  Some more music videos, some new merch all next month. That should be cool. It's just a lot of work—a lot of hours being put into it.

Do you want to travel to other countries eventually? If so, where?

Mikey: Yes. I've always wanted to tour in Europe. Europe is a really cool place to tour, like, Italy, France, Spain, just to play music over there would be really, really cool.

What are your short-term and long-term music career goals as a band?

Mikey: Um, I think short term right now is just to make as much quality music as we can for ourselves and others. Yeah, that's the short term plan right now, to just keep growing. But long term is just to be a successful indie band, to be able to support ourselves playing music.

Jack: We kind of talked about moving to New York or Seattle but not, like, super seriously. We've talked about that for, like, long-term, or moving somewhere North. More of a better shot up there.

Is there a general message that you would like to get across to this generation of people who follow your music?

Jack: Not to be pretentious, but I almost feel like it is, like, a love letter to garage rock.

Mikey: Just, like, don't take it too serious. You know what I mean? That's always been my kind of thing.

Mikey: I feel like the mixture of those two is good: Don’t take everything too serious and be kind.

The inside joke behind this band’s name may still be classified, but one thing that has been fully disclosed is Woah’s plans to leave a footprint in the music industry along with a sealed love letter to their garage rock roots.

Welcome to the discussion.

Keep it Clean. Please avoid obscene, vulgar, lewd, racist or sexually-oriented language.
PLEASE TURN OFF YOUR CAPS LOCK.
Don't Threaten. Threats of harming another person will not be tolerated.
Be Truthful. Don't knowingly lie about anyone or anything.
Be Nice. No racism, sexism or any sort of -ism that is degrading to another person.
Be Proactive. Use the 'Report' link on each comment to let us know of abusive posts.
Share with Us. We'd love to hear eyewitness accounts, the history behind an article.